Inspiring Curiosity: What I Learned from Experimenting With My Diet 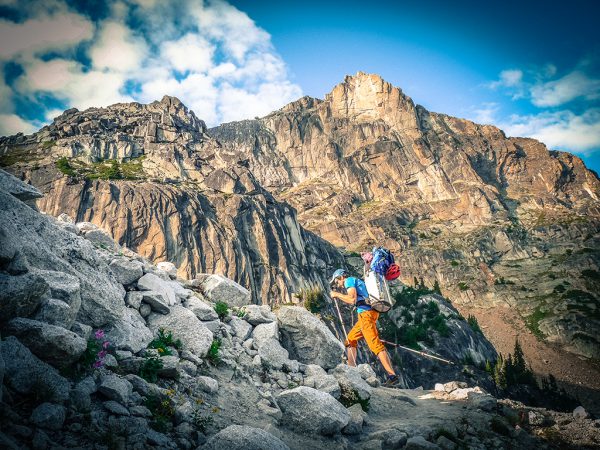 In the (almost) 20 years I’ve lived with type 1 diabetes, I have always maintained that this struggle has given me more than it has taken from me. I know that my experience isn’t shared by everyone but type 1 diabetes has been the driving force in my life, urging me to eschew complacency and accept accountability. I’ve summited Kilimanjaro, traveled the world on a very low budget, climbed El Capitan in Yosemite National Park and Moonlight Buttress in Zion National Park, as well as many sheer walls and summits that almost no one would recognize by name or by sight.

This isn’t an “attitude is everything” locker-room speech lending inspiration in place of useful information. Inspiration is important, but its value fades rapidly when not matched with actionable information—tools that you may want to use.

The truth is that I have never been a gifted athlete. I am not fearless. I don’t do what I do because it’s easier for me than for any other rational person. I do it because I have taken 10,000 tiny little steps outside of my comfort zone—testing and optimizing to see how far I can stray beyond the limitations of being diabetic.

If there is a point of inspiration that I want to give you, it’s that there is hope. Today. Using the diabetes management tools that exist right here and now. I have found that of all the tools in my personal “kit,” the one that has given me the greatest leverage against the unpredictability of my diabetes has been diet. Strangely enough, this tool seems to get pushed aside too often for those of us with type 1, as though optimizing diet is tantamount to an admission of guilt for our diagnosis.

I have often gotten the question “How do you deal with low blood sugar while you’re climbing?” and my answer is simple: I almost never do. I wouldn’t venture into the vertical world if I had to fear my blood sugar crashing out beneath me as I dangle from a rope with my life (and my partner’s life) in my hands. There’s plenty of risk to manage already without throwing debilitating hypoglycemia into the mix!

Experimenting with my diet over several years with the aid of a CGM (continuous glucose monitor) has allowed me to zero in on some key insights that have kept me pushing my limits without fearing the danger of crushing lows or soaring highs. I tried a raw, vegan 80-10-10 diet which is high in carbs and very low in fat: 80% carbs 10% protein and 10% fat. All of those carbs came from unprocessed, whole food sources.

I went to the complete opposite extreme after several months of a high-carb vegan diet into a ketogenic diet which is high in fat, moderate in protein and all but eliminates carbohydrates altogether. 75% of calories are fat and 25% are protein. All of the fat and protein came from unprocessed, whole food sources.

It may sound extreme to some, but visiting both ends of the spectrum and experimenting to see how my body responded gave me incredibly useful information. I know that you may be wondering which diet “works” better for me since they lie at polar extremes. My purpose in this post isn’t to sell anyone on the diet that works best for me. Rather, it’s to say that both “extreme” diets share one thing in common that worked well for me: the elimination of processed foods.

Diet matters. It’s a huge lever that shouldn’t be neglected in my opinion. Testing which type of macronutrient your body prefers isn’t extreme. It took time and attention to do it carefully but in the end, the information I discovered changed the possibility of life for me with an otherwise unpredictable condition. In simplest terms, needing to take less insulin means less guessing and less opportunity for dramatic shifts in blood glucose for me. That’s what I have sought and found in my years of diet optimization. For years I dismissed adherence to a specific diet as being on par with cinnamon pills and okra water. It was only the absolute need for blood glucose stability while climbing that forced me to explore the edges of the map. The impact of what I found out there has given me more than it’s taken—and that’s not an empty platitude. I’m doing more than I thought physically possible and I’m taking my diabetes to places that I once thought were unreachable for me.

If there is one thing I can give to others to consider, I hope it is my curiosity and willingness to experiment with diet. We don’t have to climb mountains but we all have to eat. Simple choices in food may unleash the freedom to climb mountains, even if that’s not your idea of a good time!