T1D: All in the Family 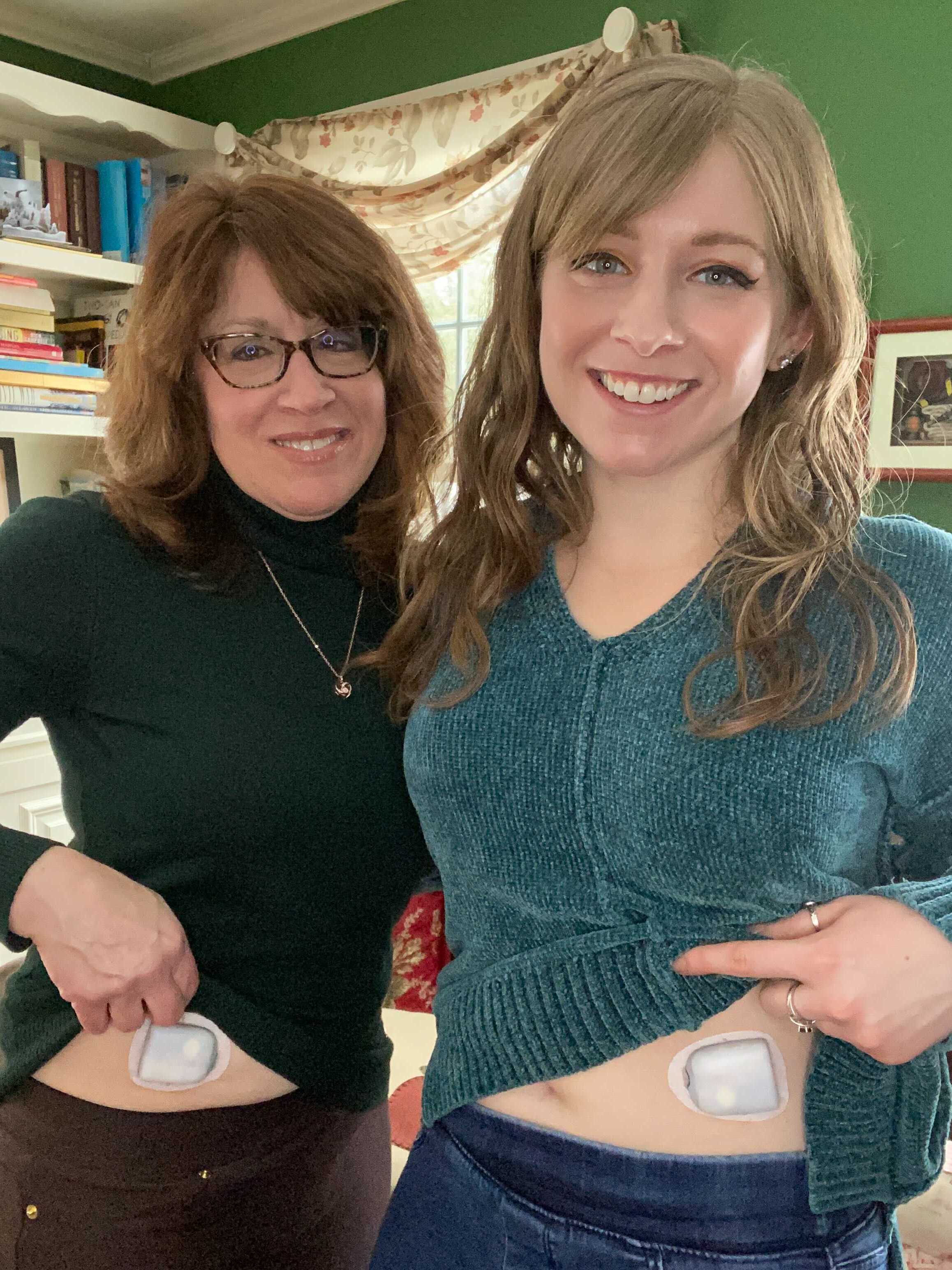 Jackie and Molly Johannes are, from the outside, a supportive mother and daughter team.

What you wouldn’t know unless you spoke to them, is that they have been supporting each other for many years now, through something much bigger than what most mothers and daughters experience together.

Jackie and Molly both live with type 1 diabetes.

It runs in the family

Their family’s history with T1D began long before Jackie or Molly was diagnosed. Jackie’s sister had T1D from the time Jackie was an infant. So, Jackie was able to witness first-hand how T1Ds managed their blood glucose levels and insulin delivery in a much earlier time.

“There were no home test kits back then,” Jackie says, “So diabetics (with good control) always stuck to a strict meal plan.”

Jackie believes that it was almost as if she was “destined” to develop T1D someday.

When she was 11 years old, she was tested for T1D, as she was exhibiting symptoms similar to her sister. Though she wasn’t diagnosed at that time, she was diagnosed with gestational diabetes during both of her pregnancies.

“I was told I would, in all likelihood, be T1D within 2 years after my last pregnancy, with Molly,” Jackie recalls.

And just like that – Jackie was officially diagnosed with type 1 diabetes approximately 2 years later.

“I was saddened,” Jackie says of her own diagnosis, “but it was so much worse when we got Molly’s diagnosis.”

“There are no words to express my deep feelings of fear, sadness, and helplessness,” Jackie says.

“Not only was I trying to muddle my way through my own health issues, but my baby was also going to be depending on me and was too young to understand some of the decisions her family had to make for her.”

Molly shares that having been diagnosed at such a young age; she doesn’t remember what it was like not to have type 1 diabetes.

Learning from each other

Molly shares that both her mother and father were instrumental in making her feel confident in her diabetes management.

“(My mom) led by example by being consistent in her own diabetes management and always made herself available to me when I had diabetes-specific questions,” Molly says.

Some of the key things that Jackie imparted on Molly as she grew up with T1D included teaching Molly different tips at various ages that helped build her confidence, such as how to inject herself with a syringe and how to keep track of her diabetes supplies so she could remember to get her prescriptions filled.

Something that Molly considers one of the most important things that Jackie didn’t do as Molly navigated T1D, was judge.

“She never judged or shamed me during my ‘rebellious’ teenage years when I was struggling with my diabetes management,” Molly says. “That showed me that she trusted me to start taking better care of myself and went a long way in helping me develop independence.”

As far as what Jackie has learned from Molly – she always makes sure that her mom is in the loop!

“Molly is so involved in diabetes, both personally and professionally,” Jackie says. “She is the one who teaches me by keeping me up-to-date with all that is new.”

T1D as a career path

When Molly went away to college, Jackie encouraged her to become more involved with the diabetes community, as Molly had been hesitant in the past.

“Growing up, I had no desire to get involved with the diabetes community because the support I received from my mom and my aunt was enough,” Molly says. “Everything changed when I started my first year at UMass Amherst and decided it was the right time to seek peer support. I’m appreciative of the fact that my parents let me choose when I wanted to get involved with the diabetes community. I joined when I was ready and haven’t looked back since!”

After first getting involved with College Diabetes Network (CDN), Molly’s role has evolved from Chapter Leader, to volunteer, to full-time employee. She now works as CDN’s Community Engagement Manager.

Experimenting with and trying out new diabetes technology together has been a big factor in Jackie and Molly’s unique bond.

Jackie was the first of the two to try out an insulin pump – Omnipod®.

“A year or two after she started using it, she gave me the courage to try it myself and she taught me everything that I needed to know which made the transition so much smoother for me,” Molly says.

Related: Ready to ditch the daily injections or send your pump packing? Sign up for a free 30-day trial* of the Omnipod DASH®.

However, both Molly and Jackie embrace their differences in their T1D management as well.

“While we both use (and love) our Omnipod insulin pumps, that’s pretty much the only thing we have in common when it comes to diabetes technology,” Molly admits.

“I use a Dexcom CGM, and she does not. We use completely different blood glucose meters and track our diabetes metrics in ways that work best for each of us. It just goes to show that diabetes looks different on everyone — even on us!”

The mother/daughter duo’s relationship shifted a bit, and for the better, when Molly left for college and began to accept greater diabetes responsibility for herself.

“I have been fully in charge of my diabetes, and I think it has helped strengthen our bond since we can each focus on our own diabetes rather than her managing it for both of us,” Molly says. “We know that we can turn to one another when we need to, but I have to say, I think that the separation of devices is a huge relief for us because we no longer get our Omnipod alerts and alarms confused on a daily basis!”