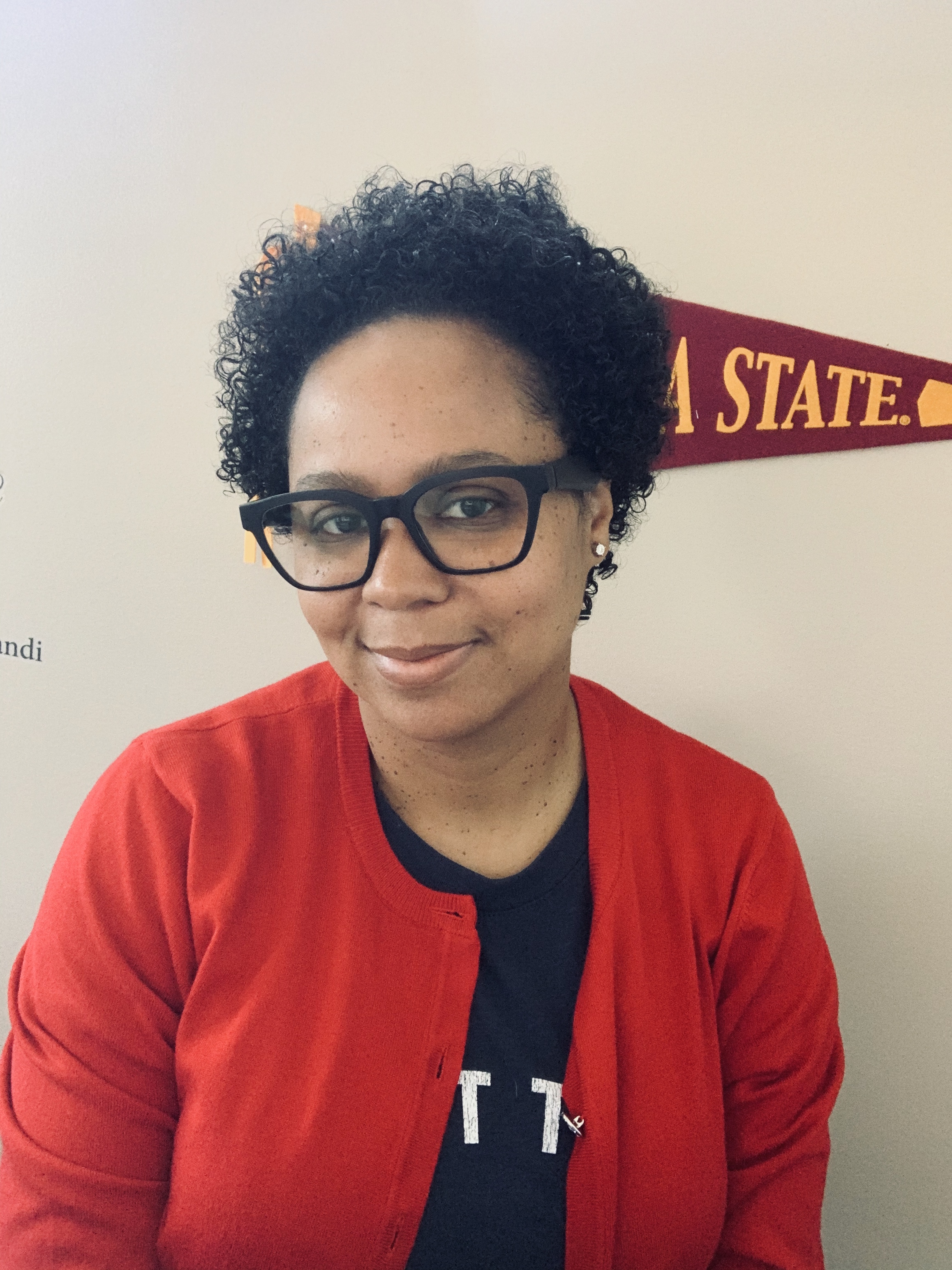 LADA -- latent autoimmune diabetes in adults -- was first acknowledged in 1993 , but in medical classifications it still falls under the diagnosis of type 1 diabetes mellitus.

Simply put, LADA is a form of type 1 diabetes that progresses remarkably slowly, over the course of decades instead of years, which means people with LADA are usually between the ages of 20 to 40 years old, and need very small amounts of insulin -- if any -- for the first many years after diagnosis.

Often referred to as "type 1.5," the earlier stages of the condition look like type 2 diabetes while it eventually evolves to require the same demands of type 1 diabetes.

Let's take a closer look at this lesser-known form of diabetes.

Why LADA is often misdiagnosed as type 2 diabetes

In type 1 diabetes, the symptoms often develop within a matter of weeks and they are ignorable, commonly leading someone to the primary care or emergency room with concerns that result in a clear diagnosis.

While TrialNet research has found that diabetes-related autoantibodies (evidence of the immune system attacking the insulin-producing cells in your pancreas) make an appearance before the age of 5 years old, regardless of when a person with type 1 is diagnosed, research has found the same to be true for LADA .

However, the increasing onset of the condition that leads them to seek out a diagnosis isn't usually until adulthood (much like type 2 diabetes), and the symptoms are far more subtle compared to full onset of type 1 diabetes because the decline of insulin production is so gradual.

"Although it has a closer pathophysiological relationship to type 1 diabetes, LADA is often misdiagnosed and treated as type 2 diabetes," explains research published in the American Diabetes Association's (ADA) journal, Diabetes Spectrum . "This results in insufficient glycemic control and harm to patients."

Prior to an accurate diagnosis, many LADA patients are advised to start with diet changes, then non-insulin oral medications. At first, these treatment paths may appear to bring blood sugar levels into normal range because the person with LADA is still producing enough insulin, but eventually none of these treatment options will be effective.

"Providers may spend several months titrating oral medications, suspecting nonadherence, and enforcing further lifestyle modifications when, in actuality, these patients are in need of insulin therapy," explains the ADA's research. "Patients respond initially to lifestyle modifications and oral agents, but their response then declines as beta-cell function deteriorates."

Unfortunately, many healthcare professionals have never heard of LADA -- likely because The Expert Committee on the Diagnosis and Classification of Diabetes Mellitus does not acknowledge it as separate from type 1 diabetes.

While you might think the symptoms of LADA ought to be identical with symptoms of type 1 diabetes, there are a few unique details to keep an eye out for.

As insulin production declines and blood sugar levels increase, you'll develop symptoms that are common to those with undiagnosed type 1 diabetes:

The Immunology of Diabetes Society offers three specific criteria to better diagnose LADA and prevent years of frustration and struggle with a misdiagnosis.

You may be asked to partake in one or all of these tests to further determine your diagnosis:

Other common details that differentiate LADA from type 2 diabetes include:

Once a proper diagnosis has been made, people with LADA can begin insulin therapy via syringe, pen, pump, or the Omnipod System®, working with their healthcare team to fine-tune insulin doses as their own insulin production declines.

Left untreated, LADA can lead to all of the same complications associated with type 1 and type 2 diabetes, including:

Fortunately, the tools and resources that exist today for managing any type of diabetes can help you strive to prevent all of these complications from developing through taking adequate insulin and working closely with your healthcare team.

Cherise Shockley was 23 years old in 2004 when her symptoms became unignorable. Only one month removed from active reserve status in the Army Reserve, Shockley was losing weight without reason, extremely thirsty, needing to urinate constantly, and dealing with inexplicable yeast infections.

"I remember our upstairs bathroom was under construction and the only other bathroom was in the basement -- I never normally used it 'cause it was full of spiders," recalled Shockley, "but I had to pee so much during the night, I was going all the way to the basement over and over."

A prominent and profound advocate in the diabetes online community, Shockley said she finally went to her primary care office where a nurse was immediately concerned by her symptoms.

"She asked if I was pregnant, if I was under extreme stress, how I'd suddenly lost 10 pounds," explained Shockley. "And then she checked my blood sugar, which came back at 350 mg/dL. I'd had a huge Smoothie King smoothie on the way there. That didn't help!"

Diagnosed as type 2 based on her age, Shockley never thought it made sense since she had no family history of type 2, and she was extremely fit having just retired from the military.

Fortunately, her healthcare team took her skepticism seriously and referred her to an endocrinologist who ran more tests, including antibody tests and an assessment of her pancreas' function.

Getting the Right Diagnosis

Officially "type 1.5," Shockley knows she was lucky to get an accurate diagnosis so quickly.

"I was very blessed because I had a nurse practitioner who sent me to a specialist who was able to diagnose me properly. You can start on oral medications or you can go on insulin. He recommended riding it out as long as I could without insulin."

The endocrinologist also warned her, though, that while she could stay in shape and eat a healthy diet, there was no guarantee how long she could continue without starting insulin.

Just 9 months after her diagnosis, Shockley and her husband learned they were pregnant, which led her to starting insulin, combatting the normal insulin-resistance effects of pregnancy.

"We had good insurance, I had ultrasounds every week, the pregnancy went smoothly," Shockey shared with gratitude. After her daughter was born, Shockley's blood sugar levels proved to no longer need insulin, allowing her to return to oral medications, a healthy diet, and regular exercise.

It wasn't until three years later that things started to change. After facing increasingly high blood sugar levels and a few weeks of experimenting with a combination of metformin and Glipizide, Shockley realized her grace period was over.

"I started insulin in 2008, four years after my diagnosis," explained Shockley. She also understood that starting insulin would help relieve her pancreas of some of the "workload" and preserve any beta-cell function she had left.

Today, Shockley manages diabetes with a combination of her Omnipod and a non-insulin diabetes medication.

Shockley also encourages others with LADA to let go of the fear of starting insulin if that's what your body is truly showing it needs.

"I knew that something was wrong and I knew I needed to start insulin," she recalled of the weeks she spent with frustratingly high numbers. "People think that they're failing at managing their diabetes but they're not, they need to take an extra step. If all treatments have failed and you're exercising and eating mostly healthy, you need to have GAD (glutamic acid decarboxylase) antibodies tested. You need to consider insulin."

GAD antibodies are present when your immune system is attacking cells related to insulin production. They are one of the most indicative markers of type 1 diabetes.

Living Her Best Life with LADA

What has the greatest impact on Shockley's life with type 1.5, however, is her outlook and her attitude.

"I was raised to not be a victim," said Shockley firmly. "Suck it up and move on, mama taught me. For me, I need to survive and thrive.. I'm not gonna mope and create additional stress for myself."

Today, Shockley uses Omnipod® -- which she chose as her first step into pumping because she knew it was simple enough that her daughter would be able to support her while her husband was overseas in Iraq.

"I've stayed with Omnipod all this time, but an accurate diagnosis matters because at first, my insurance denied them because my notes said I had type 2 diabetes because there was no charting code for LADA at the time."

Fortunately, her endocrinologist fixed the mistake and she's been a Podder™ ever since.

"If you were diagnosed with type 2 and you still feel something isn't right, push and ask for additional testing for autoantibodies to confirm whether you have type 2 or type 1.5 or type 1," encouraged Shockley.

"When I had to go on insulin, it felt like I was being diagnosed all over again because there was so many things I was never taught when I was only on oral meds, but I went to the diabetes education class, and it was like 'here's the world of diabetes.' I learned so much -- I even picked up a new habit of eating breakfast!"

Today, Shockley has lived with type 1.5 diabetes for over 17 years. She is the Community Manager at DiaTribe , the founder of Diabetes Social Media Advocacy ( DSMA ) (a weekly Twitter chat for anyone affected by diabetes), and co-founder of DSMA Live (a former diabetes podcast with co-hosts Scott K. Johnson and George Simmons).

"I used to live diabetes instead of living my life," said Shockley, "but finding the diabetes online community taught me how to live a full life with diabetes."

© 2020 Insulet Corporation. All Rights Reserved.
The author was compensated for this blog.