Why so High? That Annoying New Infusion Site Phenom 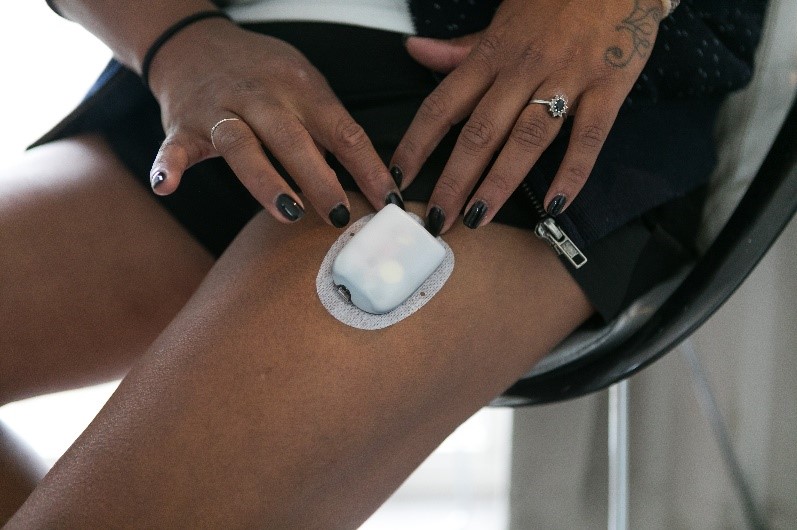 Tubed or untethered - most (not all) of us living the subcutaneous insulin delivery life - a.k.a., wearing the Omnipod® System or another insulin pump - are privy to an idiosyncratic phenomenon that happens on occasion with a new infusion site. A phenom yet to be given an official name (I feel compelled to come up with one - PRESSURE) that can occur after putting in a new infusion site, and resulting in extended periods of elevated blood sugars - by extended I'm talking 3+ hours.

Said phenom has some PWD (people with diabetes) setting a higher temp basal rate post-site change, others taking a correction bolus at the start of the new site, others waiting it out, and still others doing a combo of all of the above - depending on the site location, the elevation of the blood sugar and whether or not Mercury is in retrograde. FTR: That last part is a joke!

New infusion site weirdness has been discussed on many a PWD social media page, amongst diabetes friends and diabetes healthcare professionals.

Some point to inflammation influencing the absorption rate of a new site. Others think it's a mental roadblock having to do with wearing something on the skin.

When I crowdsourced on my Facebook pages about this issue, I received over 40 responses and direct messages from the Diabetes Online Community (DOC) that reinforced the following:

1. The phenom isn't unique to the Omnipod® System or any other subcutaneous insulin delivery system

2. Not everyone has this experience

3. Those who do, don't experience it with every infusion site change.

Sometimes I require a higher basal rate for a couple of hours, sometimes I don't.

It all depends on where my new site is located, how much inflammation felt at point of new site impact, and what my hormones are doing.

A few standout comments from my crowdsourcing on the subject:

"I use Omnipod and used to bolus .5 units after each change. I assumed it wasn't priming properly, or took a while to infuse for some weird reason...But over the past few years I actually tend to go low after a change, even though I no longer bolus." E. T

"My daughter does, I don't. We've mentioned it to Endo many times and they just shrug. We've had to figure it out on our own." H. K. & Daughter - Tubed pumpers

"Depends on where the new infusion site is... My arms are the worse. My body ignores insulin, my pump keeps pumping and then out of nowhere my arm seems to decide to process the insulin and my CGM is going insane. It's happened since I started pumping - I've worn three pump brands to date and currently wearing a pump with tubing. Nope, didn't talk to the Endo - figured it kinda makes sense although it is annoying." S. T.

More Wisdom on the Subject

I also reached to multiple Diabetes Healthcare professionals for their expertise on this phenomenon. Some had no idea what I was talking about - others not only knew about the issue, they understood the issue intimately and on a personal level, because they've experienced it.

Gary Scheiner of Integrated Diabetes Services stated via email that potential causes include:

Jennifer Smith - also from Integrated Diabetes Services discussed the issue over the phone and according to Jennifer:

"Post-site change, rises in blood sugars aren't uncommon - and are in fact a thing - it happens. Not to everyone, but for a good majority of people."

Jennifer explained that it's important to pay attention and explore all the variables.

"Was your old site already starting to go bad? What time of day did you put in your new site? That makes a difference because some people with diabetes have higher insulin resistance in the A.M."

Jennifer continued, "When you switch to a new site, there's a lag in absorption. You have to experiment with site changes because some sites work better than others.

From a tissue standpoint - putting something underneath the skin increases inflammation at the new site. Inflamed tissue doesn't absorb as well as non-inflamed tissue."

Yep, temporary funky insulin absorption issues after a new site change is most certainly a thing for some, no matter the device.

Now… To come up with a cool name. So far, the following are in the running:

©2020 Insulet Corporation. All Rights Reserved.
The author was compensated for this article.